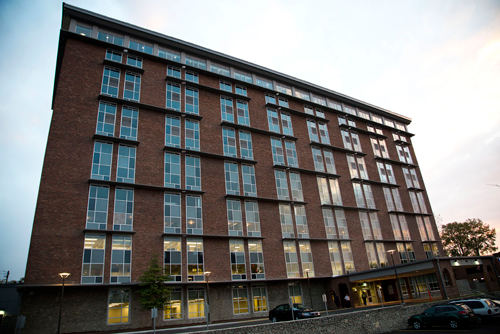 Host your next event at the Ivy Tech Culinary and Conference Center!

Our facility offers the perfect space and amenities for your next event, including: 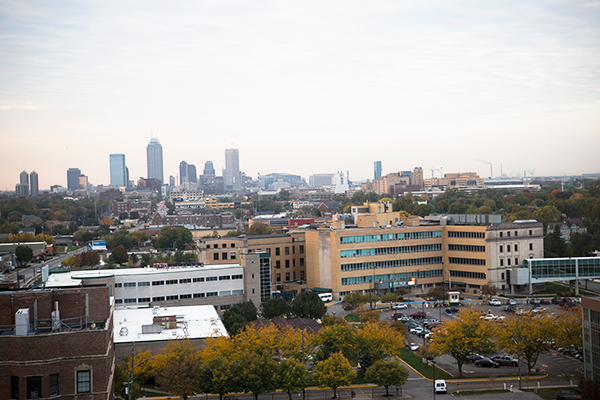 Thank you for your interest in hosting an event at the Ivy Tech Culinary and Conference Center! Please complete the inquiry form and a member of our team will be in touch to discuss additional details.

Ivy Tech Community College's downtown Indianapolis campus is pleased to provide your organization with the use of our facilities for your event. The following guidelines for guest information, A/V equipment and catering are intended to ensure that your visit will be pleasant and successful. Select an option from above.

The former Stouffer's Hotel at 2820 N. Meridian is now the home of Ivy Tech Community College's Culinary and Conference Center.  The hotel was built in 1965 and operated until the late 1980s. After being home to a Christian ministry for many years, Ivy Tech purchased the building in December, 2010, and has renovated it for classrooms, training, meetings, and conferences.

How it all began

During the Civil War, Gilbert Van Camp developed a method to can fruits and vegetables for the family store, located in Indianapolis. He made his fortune during this time, as this canning method made it possible to send beans to the soldiers in the field. In the 1880s, Gilbert and his wife, Hester, purchased the property at 2820 North Meridian Street and built their mansion. It remained a private resident until the early 20th Century, when it became the home of the International Typographical Union.

Transition to the hotel and celebrity guests

The Stouffer Restaurants purchased the property in the 1960s. The mansion was demolished and the Stouffer Hotel was built in 1965. The focal point of the hotel was the penthouse restaurant, The Ramsgate, which featured woodwork, stained glass and a fireplace from the original mansion, as well as an amazing view of the downtown skyline. The hotel quickly became one of the prominent locations for weddings, proms and other celebratory events in the city. It was also a favorite lodging site for local and national celebrities when they visited Indianapolis.

Richard Lugar held his inauguration celebration at the hotel when he was elected as mayor of the City of Indianapolis. Dolly Parton and the Osmonds stayed at the hotel, and legend has it that Elvis stayed on the 11th floor of the hotel in 1977 when he was performing in Indianapolis – a performance that would turn out to be his last live performance. The hotel remained popular until the mid-1980s, as the popularity of downtown grew and became the focal point of the city. The hotel closed in the late 1980s.

The building remained vacant until the early 1990s, when it was purchased by Bill Gothard Ministries, who established the Indianapolis Training Center. The Christian-based ministry provided vocational, as well as Christian-based education to at-risk youth and families.

With a $23 million grant from the Lilly Endowment, Ivy Tech Community College acquired the property in 2010 and renovated the facility for classroom and conference space. The Culinary and Conference Center opened in August, 2012, and houses the Hospitality Administration Program, conference center and more.

With state-of-the art technology, the center provides the opportunity to provide training and development solutions for Indiana businesses through specialized courses and certifications. The center also features a student operated fine-dining restaurant, Courses Restaurant, and bakery/café, Courses Bakery, as well as a conference center, with over 12,000 square feet of flexible meeting space available to the public.