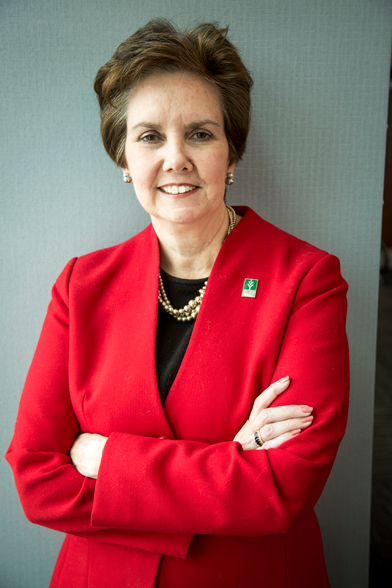 Dr. Kathleen F. Lee is the Chancellor of Ivy Tech Community College Indianapolis. She leads the Indianapolis Campus and sites in Avon, Franklin, Greencastle, Mooresville, Noblesville and Shelbyville. This campus and sites serve more than 25,000 students in the central Indiana community. She has been with the College for 30 years in numerous capacities. Trained as a respiratory therapist, she joined Ivy Tech Community College in 1985 as the Director of Clinical Education for the Respiratory Care program. She then served as the Program Director for the program from 1991 to 2001 and the Dean for the Health Sciences and Public Services programs for four years before being named the Vice Chancellor of Academic Affairs in 2005. Prior to her career at Ivy Tech, Dr. Lee held positions as an Educational Coordinator, as well as a Staff Therapist at St. Francis Hospital in Beech Grove. She began her career in respiratory care as a Critical Care Therapist at Riley Hospital for Children in Indianapolis.

Dr. Lee is very active in the community and serves on the Executive Board of the Indy Chamber, the Greater Indianapolis Progress Committee, Board of Directors for INHP and EmployIndy. She also serves on the VEX Robotic Championship Board of Directors and IU Members Credit Union Supervisory Committee. She is also involved in Kiwanis International–Indianapolis Chapter and Second Presbyterian Church.