Dr. Sue Ellspermann has more than 30 years of experience in higher education, economic and workforce development, and public service. In January 2018, under Ellspermann’s leadership, Ivy Tech launched its new five-year Strategic Plan, “Our Communities. Your College. Pathways for Student Success and a Stronger Indiana.” The plan’s vision is for Ivy Tech students to earn 50,000 high-quality certifications, certificates, and degrees per year aligned with workforce needs.

The plan aligns with Indiana’s goal to equip 60 percent of the workforce with a high-value, post-secondary degree or credential by 2025. Through achievement of this goal, the College will help increase Hoosier per capita income and support the transformation of the state’s advanced industries economy. The plan development covered 18 months, including a restructure of the College, comprehensive fact finding conducted internally and externally, including thousands of faculty, staff, students and statewide stakeholders.

In May 2016, she was selected to serve as President of Ivy Tech Community College of Indiana.  She is the ninth individual to hold the position and first female president for the college. She replaced Thomas J. Snyder who announced his retirement in September of 2015 after serving as President since 2007.

Ellspermann assumed the role of President on July 1, 2016. Prior to officially assuming the role as President, Ellspermann visited all 14 regions and 22 different locations in June of 2016 as President-elect.  She convened 52 small groups meeting with an estimated 750+ faculty and staff on a listening tour prior to July 1.

Ellspermann most recently served as Indiana’s 50th Lieutenant Governor from 2013 until March 2016. She served as President of the Senate and Secretary of Agriculture and Rural Affairs, as well as oversaw six agencies including Office of Small Business and Entrepreneurship, Indiana Office of Tourism, Indiana State Department of Agriculture, Indiana Housing and Community Development Authority, Office of Community and Rural Affairs, and Office of Defense Development.  She served as the co-chair for the Blue Ribbon Panel on Transportation Infrastructure and the Rural Broadband Working Group and led agriculture trade missions to Japan, South Korea, Taiwan and China. 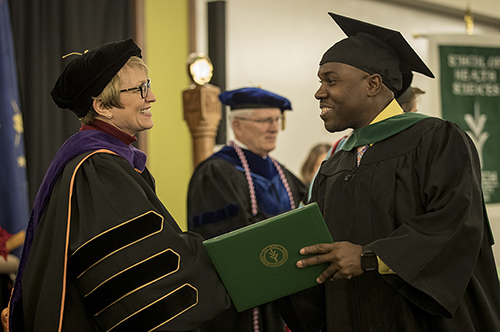 Being named president of the nation’s largest singly accredited statewide community college system marks a return to higher education for Ellspermann.  From 2006 to 2012 she served as the founding Director of the Center of Applied Research and Economic Development at the University of Southern Indiana (USI).  She also has classroom experience teaching at USI, University of Evansville and University of Louisville.

In her role with the Center of Applied Research and Economic Development at the University of Southern Indiana she engaged faculty, staff and students in applied research and consulting in more than 200 different projects to impact economic development in southwest Indiana, the state and region.  With her background in industrial engineering, she also assisted the department of engineering through accreditation and developing industrial engineering curriculum.  She also helped launch and later facilitate the college’s strategic planning process during her six years at USI. 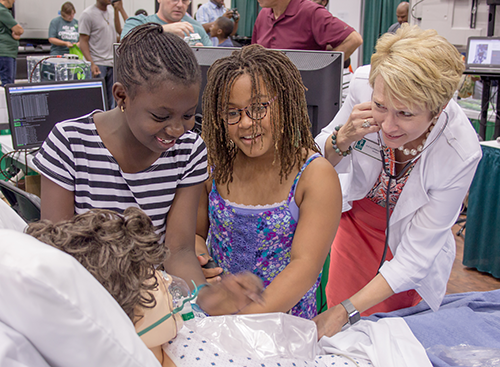 As the chair of the Pathways and Implementation Committee Ellspermann helped lead efforts on a strategic plan that aligns K-12, higher education and workforce development efforts to employer needs. She also served on the State Workforce Investment Council, an organization charged with developing opportunities for Hoosiers to gain employment and earn competitive wages, as well as developing and implementing workforce solutions based on the input of representatives of local workforce development boards. In 2016, Ellspermann accepted a nonpartisan fellowship with the Hunt Institute’s new program, the Hunt-Kean Leadership Fellows, which brings together reform-oriented state leaders to study best practices and policy in education and workforce.

In 2010 Ellspermann was elected as the State Representative for District 74 (portion of Dubois, Spencer, Perry and Warrick counties).  While in office she served as the Vice-Chair of the Employment, Labor and Pensions Committee, as well as served on the Small Business, Commerce and Economic Development Committee and the Elections and Reapportionment Committee. She was nominated for and participated in the 2011 Emerging Leaders Program at the University of Virginia focused on developing the next generation of leaders in state legislators.  She served one term during the 2011-12 legislative session before running for Lieutenant Governor in 2012.

The 20 years prior to joining the University of Southern Indiana, she owned and operated Ellspermann and Associates, Inc., d/b/a Basadur Applied Creativity, an independent consulting firm licensed in the training and facilitation of Simplex Creative Problem Solving.  Her clients included Kimball International, Microsoft, Mead Johnson and numerous small businesses and non-profit organizations.  She was the first associate of Dr. Min Basadur, founder of Simplex Creative Problem Solving, and achieved the highest level as Master Simplex Consultant. 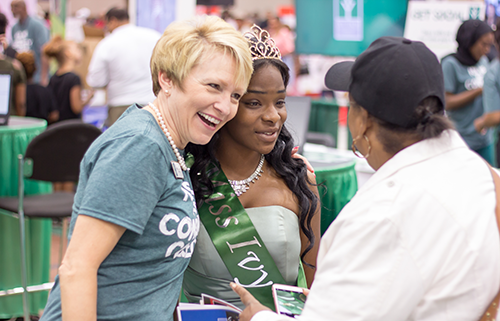 Ellspermann holds a Ph.D. and M.S. from the University of Louisville in Industrial Engineering.  She conducted quantitative research on problem formulation within unstructured problem solving with dissertation titled, “The Impact of Creative Thinking Training and Problem Structuring Heuristics on the Formulation of Ill-Structured Problems.” Her dissertation was recognized by Emerald Management Reviews as one of the top 50 articles published in 2007.

Her thesis was titled, “Implementation of Creative Problem Solving Technology in the Business Organization” utilizing case studies toward the development of a prescriptive model for implementation. She holds a B.S. from Purdue University also in Industrial Engineering. While at Purdue she completed the cooperative engineering program with AC Spark Plug, a division of General Motors in Flint, Mich., and served as a residence hall counselor and teaching assistant.

Ellspermann has published research and reports on various topics including workforce development, innovation, and problem solving. 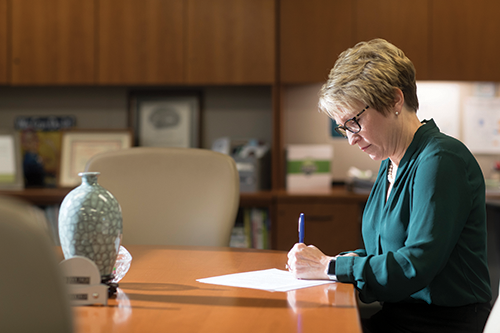 She is highly engaged in the community and was recently named to the OneAmerica board of directors.   She also serves as Indiana Honorary Chair of the Million Women Mentors, Advisory Board of the Indiana Conference for Women, and has served on numerous  committees and nonprofit boards, including the Evansville Chamber of Commerce Board and Executive Committee, Diocese of Evansville Strategic Planning Committee,  Indiana HomeTown Competitiveness Steering Committee, Tri-County YMCA Capital Campaign Advisory Board, Little Sisters of the Poor Advisory Board, and Good Shepherd Catholic Church Pastoral Council.

She is married to James Mehling, a former principal at Forest Park Junior-Senior High School.  She has a blended family of four daughters, three sons-in-law, three grandsons and two granddaughters. 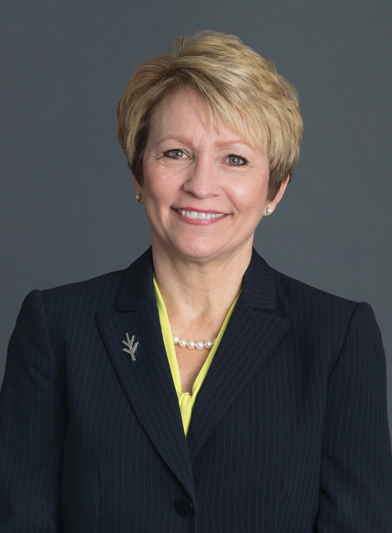 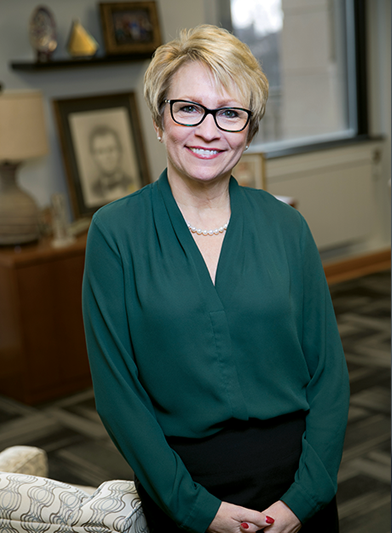 Ellspermann connects with students, shares experience in the job market

Many tasks ahead for new Ivy Tech president